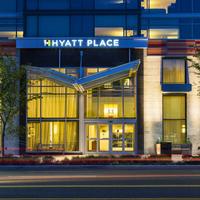 This modern hotel is located in the NoMa district of Washington DC, the fastest developing neighborhood in DC. With nearby restaurants, a Metro stop, and nearby the DC Convention Center, Union Station and US Capitol Building. The hotel features oversized guestrooms perfect for unwinding and relaxing. With earthy colors, a sitting area nicknamed the “cozy corner” with a pullout corner sofa you will experience the comforts of home.

「I loved the view we had and how high up we were. The service was great too! Really enjoyed the front desk staff!」
「Location」
「The staff was super friendly, the room was very spacious, especially for the price! Will be returning for sure!」
「The Room had plenty of size and was nice」