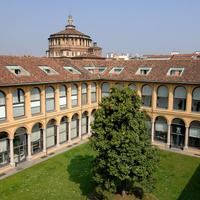 Hotel Palazzo delle Stelline is centrally located in Milan, a 2-minute walk from Santa Maria delle Grazie and 11 minutes by foot from Castello Sforzesco. Featured amenities include a business center, dry cleaning/laundry services, and a 24-hour front desk. A shuttle from the airport to the hotel is provided for a surcharge (available 24 hours), and self parking (subject to charges) is available onsite.