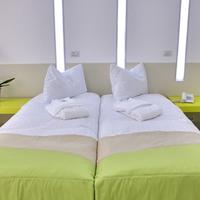 With a stay at Hotel Christina, you'll be centrally located in Bucharest, a 5-minute drive from Romanian Athenaeum and 9 minutes from Herastrau Park. Featured amenities include a 24-hour business center, limo/town car service, and complimentary newspapers in the lobby. Event facilities at this hotel consist of a conference center and a meeting room. For a surcharge, guests may use a roundtrip airport shuttle (available 24 hours) and a train station pick-up service.

「nice breakfast nice modern room design clean staff was friendly parking space on street walking distance to public transportation」
「I loved the adjustable bed, it was very comfortable.」
「There was nothing I didn't like about the hotel from the excellent staff, interesting and lovely rooms, great breakfast good location and more.」