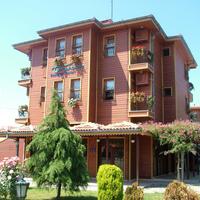 With a stay at Turquhouse Hotel in Eyup, you'll be a 5-minute drive from Chora Church and 6 minutes from Venezia Mega Outlet. Featured amenities include a computer station, dry cleaning/laundry services, and a 24-hour front desk. Guests may use a roundtrip airport shuttle for a surcharge, and free self parking is available onsite.