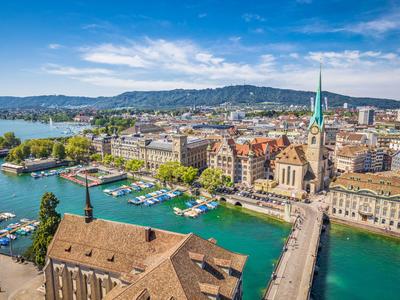 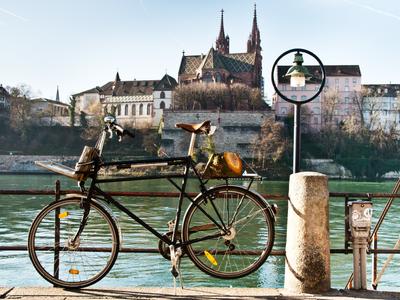 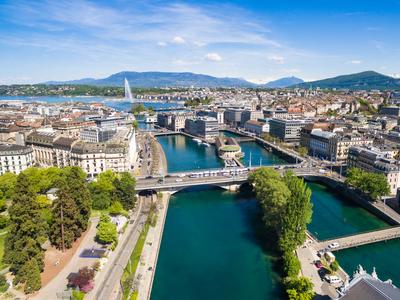 優點： "Loved the Kabuki actors used for safety instructional video - stay for the ending credits!"
缺點： "Boarding felt like a standing cattle call. Some - not all - stews acted as though they were insulted to have to provide food and beverage service, as though they were too tired and/or impatient to deal w/ economy class."

優點： "The crew was very good. The service was fine."
缺點： "The food could have been better."

優點： "Entertainment offerings were good."
缺點： "I booked the flight thinking it was with ANA , it was on United which is a full step below in quality. My bad!"

缺點： "Narita to Honolulu sector has not enough food for breakfast noting Honolulu airport has got nothing to offer!!!"

優點： "japanese airlines food is always better than u.s. airlines. service is also very courteous."
缺點： "disliked their entertainment system. no varieties in movies, and interface was a bit annoying as you could not see a visual menu of all movies and had to keep scrolling line by line to get to the next movie."

優點： "Food is the best of any airline service"

缺點： "Purchased tickets through Kayak on ANA with confirmation. Bumped to United after confirmation. Although I realize both companies are Star Alliance, the bait & switch is unacceptable & I would NOT have purchased these tickets for United. Flight had much more turbulence than my experience on ANA which is why I refuse to fly any other airlines. Will recommend against Kayak to everyone I know."

缺點： "My seat was horrible. I'm sure it was like that for everyone in economy. The seat can't recline putting me in an awkward position for the entire flight. It was a red-eye so I didn't sleep much. Maybe it was the airplane since I flew with ANA last year but with the 787. The difference is almost night and day."

優點： "More movies choices is better and I had asked to get seat comfortable, yes the boarding crew staff made it. Thank you."
缺點： "Movies and musics more variables from all over the world."

優點： "Empty seats"
缺點： "Only snack No entertainment No chargers"

優點： "Very comfortable flights. Exceptional crew on and off the planes. Great food and drink/snack options. Lots of entertainment options as well."
缺點： "I have no complaints abouts my flights. Travel is tough at times but ANA made it seem easy."

優點： "The crew are all nice and helpful"

優點： "Take off and landing was smooth. Stewardesses were very helpful."

缺點： "The flight was delay .and I can’t able to catch my connecting flight I have to extra money for other connection flight"

優點： "I liked the way the pilot talked to us and let us know what was going on and still got us there on time even though our departure was slightly delayed."
缺點： "There had to be something better than pretzels."

優點： "All the service was good."
缺點： "My only question is???? When I went to Mexico City from Yangon my baggage was 32kilos. When I came back my baggage was for 23 kilos. I had to pay for my extra weight. I didn't understand why the weight change????"

優點： "It was fast and the crew got right to it as far as take off and getting home."

優點： "My wife had injured her knee before our trip and was having difficulty walking. Air Canada provided wheelchair assistance every part of our airport transfers between Atlanta and Japan. Thanks so much !"

優點： "crew was professional and very attentive and beer and wine and ice cream on the flight"
缺點： "wish they had more movies choices from the u.s."

缺點： "The flight left late and it was extremely hot in the cabin. It was a good thing that our connecting flight was a couple of doors down or we would not have made it, we sat on the runway waiting for our turn"

缺點： "More of an movie selection. Maybe up date movie ever 2-3 weeks as they become available for the company"

優點： "The flight is on time... the food is good... the service is excellent.... the seat is comfortable.... the ludgage regulation is satisfying can bring 2 pcs @ 23kg..."
缺點： "The entertaiment film needs more variety..."

優點： "The boarding process, on-time departure and in-flight service were all great and it has the on time arrival."
缺點： "Nothing"

優點： "Crew are nice, helpful and polite"
缺點： "Airport problems turned it into a very long flight. We circled around Fukuoka for and hour. We ended up landing in Nagasaki and used taxi to Fukuoka. Over all time to final destination is 6 hours late."

優點： "Flight attendants walk up and down the aisles paying attention to everyone's possible needs. They're looking to be helpful."
缺點： "Nothing really."

缺點： "Flight was moved to6 am, 4 hours earlier than scheduled. Found out less than 24 hours before flight. ANA refused to rebook on an available flight leaving at the original time. Disappointed (and tired)."

優點： "Very kind flight attendants with amazing service!"
缺點： "They ran out of the two food options, so many people were stuck with the fish option. The entertainment section was just okay."

缺點： "EVERY FRIGHT WAS DELAY, AND LOST BAGGAGE, AND MY SUITCASE WAS BROKEN!!!!"

缺點： "EVERY FRIGHT WAS DELAY, AND LOST BAGGAGE, AND MY SUITCASE WAS BROKEN!!!!"

缺點： "Nothing, everything was as expected"

優點： "Everything"
缺點： "The food quality was slightly lower than that on the outboud flight. I ordered Hindu Meal."

優點： "I could upgrade my seat from a regular economy seat to a premium economy seat about 24 hours in advance. The flight attendants were generally attentive and thanks to the kindness of my ajacent passenger to my left, I could sometimes go to restrooms."
缺點： "I usually take an aisle seat, but it was not available this time. Furthermore, my ajacent passenger to my right hand side had cold and often coughed and I myseld caught cold from him during this flight...."

缺點： "Tokyo to delhi flight seat does not recline all way as compare with Tokyo to San Jose flight."

優點： "Everything is perfect."
缺點： "Nothing to complain, simply perfect."

優點： "Food and crew was good"
缺點： "An adults only section would be great as there were a lot of screaming children on board, also seats were a bit on the small side"

優點： "Some of the crew were friendly, certainly not all of them."
缺點： "Seats were uncomfortable, food was subpar. Paid extra for a “twin” seat and after this experience I think passengers should be paid extra to sit here."

優點： "Plane was modern and more comfortable than most"
缺點： "I do understand that it was an overnight flight but the crew came around only during meals and at no other time did they check on us. I hit the call button and nobody came - call button just went off. I was in the middle next to a sleeping passenger and could not get up."

缺點： "The flight crew and gate crew were the rudest I have seen in my entire life. They acted as if they were too good to acknowledge passengers and ignored the flight attendant light and other efforts to get their attention to ask a question."

優點： "The stewardess were lovely."
缺點： "The refreshments"

優點： "The crew was awesome, seating is never comfortable for a long flight."
缺點： "I do not recall any plane departing the dock on time. All Airlines need to work on boarding quicker and leaving on time."

優點： "nothing out of ordinary"
缺點： "The aircraft has no or little serviceable inflight entertainment. The food offered on board is really bad. Any additional water has to be paid for"

優點： "I like the most........ very comfortable take off n landing .... special compliments to the captain.... I specifically told this to an airhostess"
缺點： "Everything was good"

缺點： "The food was not up to the mark - the menu choice and combinations needs to be re-looked at for non-veg passengers. The choice of spirits was limited and not there at times. The flight attendants overall disposition towards the passengers needs to improve. - at times they forgot what was asked of them."

優點： "Inflight entertainment was good but that doesn’t make up for lack of equal treatment of all passengers"
缺點： "They are racist!!!!! Segregation and all!!!!! For my more than 12 hours layover I had to pay for my own hotel!!! Yet other travelers were given free hotel vouchers. As a matter of fact I was kept waiting for nearly half an hour in the middle of the night even though I had been waiting for service ahead of them."

缺點： "Staff don’t smile! I ask for hot towel the crew didn’t give me any!"

優點： "I have checked in by online system was very easy to do check in, crew was excellent taking care of all the passengers service was excellent food very good, entertainment need to download with Russian language also as well"

優點： "Friendly, capable crew. Seats very comfortable - properly flat/horizontal beds."
缺點： "Connection was too rushed in Dubai. It seemed odd that they treated it as a night flight (dark cabin), given that it left at 10am - is this for the convenience of the staff?"

優點： "Great and friendly cabin crew. Lots of movies to chose. Food was great."
缺點： "All was great"

優點： "I left my kindle reader in the seatback in my flight to Dubai. They found it and returned it to me on my retum doback to Chicago 3 weeks later."
缺點： "The lactose free meal was disgusting."

缺點： "Delayed and no hotel for an 11 hour layover"

缺點： "This flight did not happen. It was purchased fraudulently and was caught by Emirates. Please remember all my contact information from your website immediately."

優點： "Food is good"
缺點： "Seat is not comfortable when you lie down on flat position, narrow space, and attendant woke me up for breakfast despite tellingher not to do that at begginig of the trip"

優點： "Staff were friendly and attentive. Nothing was too much trouble. In addition the facilities were excellent."
缺點： "Taipei airport was not great and confusing."

優點： "Attention to detail all the way"
缺點： "None"

優點： "The entertainment systems was really good."
缺點： "The service of the crew was one of the worst I've ever had..."

優點： "Overal very comfortable and good service aboard plane."
缺點： "Sat on plan after boarding for an extended time before takeoff. I think it was a maintenance thing. It happens so no biggie. Table and magazine pocket needed cleaning from prior flights. Made me uneasy from a cleanliness point of view so they took a hit on comfort."

優點： "I loved the layout of the plain and its size. It can fit a lot of people and you can definitely see that Emirates prides in their airline."
缺點： "We were sitting in row 36 (D,E,F,G). Everything was fine until we realized there was a leak in the plane. On take off and landing the A/C leaked all over our clothes and seats. When we reacted and stood up, the flight attendant screamed at us and told us to sit down. Afterwards, the flight attendant asked us what was wrong and she had realized that the AC had leaked on us. All she did was put towels on our seat and walked away. For at least 10 minutes I had to raise a towel to catch the water from dripping onto our heads during lift off and landing."

優點： "The flight crew is great, the plane is modern and the in-flight entertainment is awesome"
缺點： "Food quantities could be more. In such long haul flights, individuals line myself who do not sleep in focus tend to get hungrier."

優點： "The great content in the entertainment system and the wifi. Bed was comfortable and the service was fantastic. I also really enjoyed the bar in the upper deck. The A380 is a wonderful machine!"

優點： "The service was excellent. Plane comfort make the flight a pleasent one and less tiring."