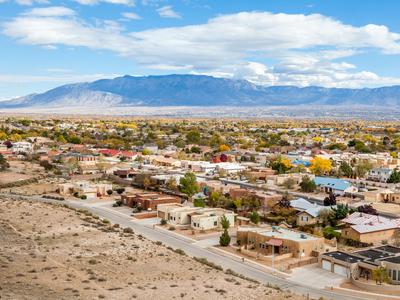 優點： "Used miles to upgrade to Premium Plus. Excellent seat and food!"

優點： "The UI to watch videos on the plane is really good. They have good quality screens, so I watched movies for all the 12 hours of lfight I had."

優點： "Ease of finding gate"
缺點： "There were several cases of couple who purchased tickets together were separated on the plane & no one knew why they were arranged that way. No solution offered at counter."

優點： "Service and punctuality"
缺點： "On board entertainment"

優點： "What did I like? Nothing. It was United Airlines, and it has been a long time since there was ANYTHING to like about United. Usually, the best one can hope for is that there is plenty to TOLERATE. Unfortunately, this trip did not rise to that standard."
缺點： "UA to Denver cancelled due to maint, issue. Re-booked thru LAX on Delta. Arrived 12 AM vs. planned 6 PM (w/ 7 AM meeting the next day). Delta is 6-block walk outdoors from United at LAX. TSA pre-check didn't show on the Delta ticket issued by United, leading to another hassle at Security."

優點： "Things were new"
缺點： "Seats were smaller, legroom was less, seatbacks when fully upright push your heard forward so when I fell asleep, my head kept falling, NO FREE ENTERTAINMENT. They tell you to download the app mid-flight to get free entertainment, but you need to pay for wifi to access the app store."

缺點： "Food was horrible. Then for 2 of the 3 meals they missed even serving some rows entrees."

缺點： "Had a one hour delay on thtarmac waiting for de-icing...weather related."

優點： "Good progress info in-flight from cockpit"
缺點： "TSA lines at SFO Terminal 3 are a zoo, precheck included. United gates had no facilities available to plug in a charger. C'mon folks, it's 2017, one wall outlet with two kids sprawled on the carpet next to it isn't enough. The 'grab a snack' box had one crumpled cellophane package of peanut butter crackers. Yum."

缺點： "I appreciate the in-flight entertainment idea, but the execution leaves something to be desired."

缺點： "Personal entertainment did not work. Most first and business class airlines have a screen to see the movies."

優點： "service.snack"
缺點： "some folks didn't use ear phones watching shows so i had to hear annoying entail mentioned selections. I had ear plugs fortunately :) didn't find anything I'd watch in entertainment. enjoy learning/science/documentaries"

優點： "The attendants tried to be cheerful in a difficult situation."
缺點： "Once we were boarded we waited for a long time in a crowded stifling hot plane. Requests to the crew were met with helplessness on their part!"

缺點： "No entertainment screen on each seat, just old TV far away. Very boring on this trip"

優點： "There were no delays"
缺點： "Even for a smaller person like myself, it was quite cramped--moreso than what I've noted in the past"

優點： "Really fast and efficient boarding"
缺點： "The flight was really bumpy which I realize isn't anyone's fault but I couldn't wait till we landed...also they announced that as soon as we were at a certain altitude they would begin beverage service....which I was really looking forward too , and then ten minutes later they announced that they were cancelling beverage service."

優點： "The crew was very pleasant, food was average."
缺點： "The flight being cancelled. Wifi doesn't even come close to working. No personal entertainment. Communication was poor for the rescheduling of flight that led me to miss the next flight"

優點： "Nothing"
缺點： "Everything"

優點： "Everything went smoothly and as planned."
缺點： "nothing to complain about on this flight."

優點： "It was on time and I had no problems whatsoever."

優點： "The entertainment worked for like most of the time (surprisingly) and I got an extra seat next to me."
缺點： "What can you expect from united... the crew members were terrible absolutely unprofessional and unwilling to help. We were delayed for 3 hours in Taipei due to an issue with the plane that they were trying to fix. During this time many people were trying to change flights as they had connections in SFO. When they asked the hostesses for help, they either got rude unhelpful responses or got completely ignored. United really needs to train their flight attendants better."

優點： "The crew was polite and courteous. Aircraft was clean. The flight even landed way ahead of schedule. Overall a great return flight"
缺點： "The food seemed overpriced for what it was. I passed as it didn't look very appealing."

優點： "United is definitely improving. The service was attentive and friendly. When I asked for PJ's, the flight attendant made a good effort to retrieve them for me. I slept through the entire flight, very rare unless the conditions were optimal for sleep."
缺點： "While this flight was fine, my flight to Taipei was riddled with poor service. A bad and forgetful flight attendant can make all the difference. As United adjusts their service to the new Polaris configuration on newer planes, conditions will hopefully improve."

優點： "Only good thing was the flight was fast and on flight staff friendly."
缺點： "Flight to Denver was supposed to leave from Albuquerque at 9:55. Screen said flight was on time. No rep at desk and screen changes to Houston and only way we found out our flight was delayed because the plane was diverted to Durango is because another passenger called United. Finally at a quarter till 11am the screen at the gate changed back to Denver but still said 9:55am departure flight on time but united's website stated flight delayed till 11:55am. Upon return to Albuquerque from Denver bag was not on my flight so I had to hang out in Albuquerque although, I live an hour away because I have prescription meds in my checked bag I need to take 4 times daily. Would not fly United again"

優點： "The seats were uncomfortable. The staff was cold. The food was horrible, I wasn't even able to eat some of it. The chicken was full of bones and grissle. The rest just tasted bad. Most of their planes did not have screens in the back of the seats. Instead they wanted you to watch on your personal device via their app which worked sub par. The baggage on the return flight was delayed and I almost missed my next flight even though I had a 2 hour 40 min layover. Thankfully that flight was delayed 1 hour and a half. Next time I will stick with airlines I know better. Delta, Emirates, and Qatar all offer superior service and upscale aircraft. The 2k spent was not worth what I received."

缺點： "All the food choices had some sort of animal product – eggs, dairy or meat"

優點： "Again, great staff at the gate and crew aboard. Short flight but very comfortable."
缺點： "It was freezing!"

優點： "The crew was very courteous and kept us up to date."
缺點： "I did not like that both planes they put us on were broken. We were very delayed"

優點： "Staff was nice and attentive"
缺點： "Flight was delayed"

優點： "I liked the fact that it was a direct flight and the departure and arrival times were just perfect. I really liked the cookies they had. If I had wanted to use it, there was WiFi available."
缺點： "We took off late due to mechanical problems and I think the practice of allowing first class passengers to board first and then get in the way of other people trying to board later is inefficient."