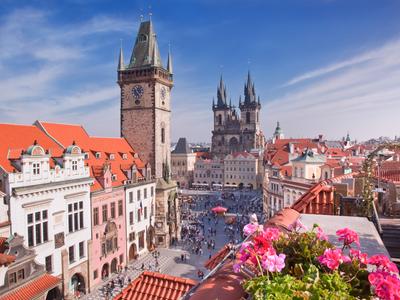 缺點： "Change the crew they were rude"

優點： "Turkish Airlines is my favorite airline going to Europe. We even did the 20 hr layover in Istanbul and had a great time staying for a couple of nights going and coming back. Staff is always friendly and the food is amazing. The food in coach is as good as first class on some US domestic flights"
缺點： "It's an airplane, there's not much to make it better besides giving more seat room. TA gives free drinks, a couple of meals, blankets, and the travel bag, only a snobby priss would gripe about flying with them. I've flown enough budget airlines that give you NOTHING that I love flying TA!"

缺點： "Boarding and airport were terrible. Needed to walk 2 KM from one gate to another, only to board bus back to original location. Bus needed to make multiple trips to accommodate all passengers, this took one hour for boarding."

缺點： "The flight was late, with no explanation."

優點： "Smooth flight. Comfortable chairs for economy. Nothing to complain about."

優點： "The food was excellent and the crew was super efficient."
缺點： "Tight bathroom and no leg room."

優點： "Nice seat, good choice of entrainment, great food"
缺點： "That they offloaded my baggage and didn't tell me. I didn't have my stuff for 2 days."

優點： "Turkish Airlines does a fantastic job. I won’t fly any other airline to Greece. For the value and service it is second to none."
缺點： "Good service."

優點： "The entertainment selection for the long flight was very appealing. It had enough movies to help me pass the entire time. The food was pretty decent and the selection of drinks was surprising with the free alcohol."
缺點： "The boarding process was like every other in Europe that we saw. No boarding zones and a bus to the plane."

優點： "Staff are welcome and supportive.at Istanbul Airport kindly re-opened the gate for late passengers due to unexpected delays of preceding Turkish Airlines flights. Otherwise, I must have missed the flight from Istanbul to Rome."
缺點： "Delayed departure for nearly 3 hours from Islamabad to Istanbul (TK711)."

缺點： "Why does Turkish Air boarding always have to be so chaotic - pushing and shoving, etc. Why cant TK control their business class space - people from economy always coming up for bathrooms when there are plenty in the back....."

優點： "Flight was very punctual (actually early enough to cause problems with being collected on arrival), despite being full, there was ample space. The food was very edible, brings service was sufficient and the crew were friendly and helpful."
缺點： "The gate was a good 15-20 minutes walk from the main duty free area of the terminal with not much signage indicating this. The touch function on my inflight entertainment screen lagged a bit and there was no USB charging offered"

優點： "My first flight with a different airline."
缺點： "A very rude ticket sales woman in Turkish Airline Kiosk, wandering an airport for two hours due to untrained staff and Turkish Airlune "help desk", being cheated out of $400, and finding my baggage smashed up."

優點： "Service was nice, crew was very respectful and the gift were well within accomidation"
缺點： "Leaving the aircraft by stairs to the runway"

缺點： "Flight delayed about 2 hours past schedule. When drafted my seat fouls not recline. When I asked for assistance from flight attendant she practically blew me off. This was a9 hour flight!"

缺點： "They moved the time up without prior notice. I could have lost the flight. They checked my bag in Antalya via Istanbul to Naples. When arrived in Naples no luggage. After long wait was told it is held in security in Istanbul. They should have not boarded me if they had problem with the luggage or at least they should have told me in Istanbul not after arriving at destination and have to search for an answer. Extremely poor airline and will never fly with them again."

缺點： "Crew was slow to pick up trays."

優點： "nothing"
缺點： "I lost my connection flight because of TA, they lost my luggage + they almost lost my passport... (it goes much deeper but I don't wanna dig in it)"

缺點： "It was hot on the airplane"

優點： "I was nervous to fly Turkish Airlines; however, the crew was professional and the experience was very positive. I felt safe and well cared for."
缺點： "Istanbul connection could have been smoother. The process was not efficient or clear. It worked; and I navigated it, but it could be improved."

優點： "Timng and services on board"
缺點： "I expect the plane to be upgraded."

缺點： "I don't why the take-off and landing are late. The boarding started late! the plane stayed on the ground for minutes doing nothing! and in the end the plane arrived half an hour late!"

優點： "The food, the crew the service and the confort."

優點： "It's the first time we use Turkish Airline and ,the ride was pleasant and comfortable, crew is friendly , meal was tasty ..."

缺點： "JustFlyis a terrible company, please do not allow them on your site for ticket bookings"

優點： "To get a real meal on a relatively short flight is especially nice."

優點： "emergency row had plenty of leg room."
缺點： "don't recall getting an email reminder to check in ahead of time, so did when i arrived at airport... i guess this resulted in the emergency row seating, which, while having plenty of leg room, apparently is the least important when it comes to service. overlooked several times, my peers and i in the row had no food choices, and were given what was leftover, often lukewarm."

缺點： "I book in business class but it's was economy .."