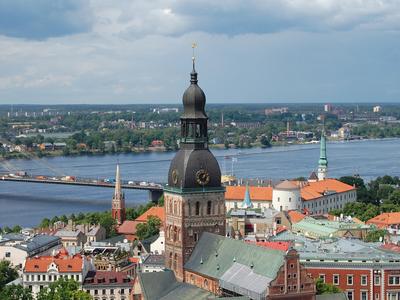 缺點： "the boarding was delayed and i missed my connection flight and have to stay 8 hours for another flight."

優點： "Leg room"
缺點： "I was served Butter chicken after confirming with the flight attendant whether it was an ASIAN VEG MEAL which I had requested. On being confronted about the issue, the flight attendant gave a cold response saying they were out of asian veg meals. One of the worse airlines and should not be a part of Star Alliance."

優點： "Great movie selection during the flight. Most of the food was decent."
缺點： "The boarding process was a pain in the butt. Even though my boyfriend and I did a pre- check-in online the day before. We still had to wait over an hour to check our one piece of luggage and wait to be checked in and get the boarding pass. Even though the site says we have the option to print out the boarding pass or show the code on our phone, we still had to deal with all the hassle. The plane was smelly until we were about to take off. The first meal on our way back from Istanbul was awful. The omelette was greasy, overly cheesy and bland. Same goes for the spinach pastry in the same tray. On the flights to Cairo, there was not enough drinks served. I only had one beverage offered to me. I was bypassed when they were serving the coffee/ tea. Also, the timeliness with serving drink was bad... I waited about 4 hours before getting my first beverage on the flight home."

優點： "Attractive business class fares. Among the best business class."
缺點： "Don't underestimate the additional hours. The stopover in Istanbul is definitely a negative (crowded, unpractical airport). Next time I will probably stick to European airlines, if the fare difference is reasonable."

優點： "Every thing about my trip"
缺點： "The mashing not working in the airport in Istanbul for visa , and the internet, if u want the internet u need to have your phone active to get the code to put on so you get the service internet!!!! Same with a visa !! And since we are more a resident we don’t have local # of Turkey"

缺點： "Security in Istanbul on return flight required me to exit transfer area, pay $30 visa fee and check a set of hiking poles. This was not a requirement on the three other legs of this flight reservation."

缺點： "The plane was too hot"

優點： "This flight was great. It was a short flight but food was still served. Crew was very nice."
缺點： "Boarding was late and no announcement came from anyone."

優點： "The food is the only good mentioned"
缺點： "Turkish airways is becoming delaying flights without any justification, that makes that every flight connection That I tried to make the laat two trips were lost , nobody tell you , unfortunately the poor client oriented services do not provide other alternatives, you as a passenger must be advising them how to solve your issues. Shame that they are loosing passengers based in their total lack of support"

優點： "The ground and flight crews were outstanding. Boarding was easy in Houston. I got to see the flight crew handle a medical emergency and saw that they were well prepared, efficient, and concerned. The food and entertainment were fine. I felt like the seat space was better than on British which I often use. I had an empty seat next to me however. I was impressed that the flight crew moved a taller gentleman to a premium (exit) seat to accommodate his extra tall stature. He didn't ask, but they wanted him to be comfortable."
缺點： "The airport in Istanbul is pretty manageable. They changed the gate on us twice for the connection, which meant a bit of walking. But the crowd was pretty manageable compared to LHR."

優點： "Entertainment, and the plane which felt really new and comfy."
缺點： "Food was a bit boring (because it was such a short flight, I suppose)"

優點： "Nothing"
缺點： "Everything"

缺點： "I was selected to seat near the window before departure dare unfortunately i found my self in the middle of the people, so dissapointed"

優點： "Food and staff were good."
缺點： "The seats were tight when the person in front leaned all the way back. His or her head was practically in my lap forcing me to lean back, to the annoyance of the person behind me. All was fine after the meal when everyone leaned back."

優點： "Top notch service on the airplane"
缺點： "None"

優點： "CUSTOMER SERVICE WAS THOUGHTFUL AND EFFICIENT."
缺點： "ALTHOUGH I UNDERSTAND, THE WAIT WAS LONGER THAN ANTICIPATED"

優點： "Despite the computer regulations the THY handled it smoothly in Istanbul. In Atlanta we had to wait at least half an hour to get them back. Service was good, till the end of the flight restrooms were clean. Besides they offer 2-luggage policy. I try to use them as much as I can. Thanks THY"

優點： "Great experience whether I was going or coming. I loved it."
缺點： "Waiting on the tarmac for the bus to shuttle us to the terminal. The limitation on carrying my laptop into the cabin. Having to check such expensive, delicate equipment under the airplane where baggage handlers couldn't care less about how they manhandle the luggage sucked."

優點： "The crew was nice They handled the delay well so we didn't missed our connection afterall"
缺點： "1. We had to wait 2 hours in the plane 2. there is no way to use the monitors (not a personal monitor)."

優點： "Food was fine and entertainment system was great. Watched movies the whole way. We arrived 1 hour early."
缺點： "I was pulled aside for extra security. That was fine but there were a few other passengers that should have been pulled over for extra security besides me. It took an extra 20 minutes for me to board the plane because of this and when I arrived to my seat an Arab woman was sitting in my place and refused to move to the middle seat. She said she could not and would not sit next to a man who was sitting on the other side. If this is a problem from the start, there should be a way to choose a seat according to gender. The stewardess found me another place in front of this woman who kicked my seat the whole way. She even argued with the stewardess about putting her suitcase above her in the rack and security was almost called. There should be something included in the flight information program about being polite to other passengers."

優點： "Everything from above and the fact that my bags got home untouched and on time. It would have been a disaster to have to drive back to Bucharest to pick them up at the later time like it happened with other airlines."
缺點： "Nothing at all"

優點： "Onboard service was good. Ben Gurion airport services were excellent."
缺點： "Departure was late by an hour which made me miss my connection. Because of this: I had to purchase a visa @$70 US Airport service in Istanbul was very bad. It took 2 hours before anyone would actually help me to organize my next flight to Milan. By the time I arrived in Milan, my family had left worried sick not knowing what happened to me. I then had to find a bus to take me to Lugano, another 25 Euros, and not to mention all the stress to me and my family. I then decided not to put myself through the same situation on my way back to Tel Aviv and purchased new ticket with another Airline company. Overall, the whole experience was a nightmare."

優點： "There was a full meal served. Free blockbuster movie."

缺點： "There seemed to be no check in which confused me a little. The luggage pick up was more of a zoo than usual and plenty of suffocating dust from construction while we waited."

優點： "Very professional and helpful crew, food was above what was expected, and even during my short 1.5 hour flights to and from Athens from Istanbul, we were fed meals! I felt very safe and well-taken care of. I will fly Turkish Airlines wherever I go! Çok teşekkürler!!"
缺點： "Smal seats, little leg room."

優點： "Comfortable seats (good space for legs), good entertainment (big variety of new movies) and friendly boardpersonal"
缺點： "Online check in was easy but impossible to print my eticket via my iphone (no mobile version for eticket) After Online check in, still had to cue because there was no single drop off available. So no time saving"

優點： "I liked that a crew member was on the plane to help passengers put their roller bags into the overhead compartments. The serving crew was very friendly.and helpful. The dinner meal was one of the best that I've had on an airline in economy."
缺點： "See above."

優點： "The traditional hospitality I got in flight was quite unique. Many things change but some things always remain the same. Some may call it old fashioned or not modern but then I am an old fashioned guy. It was like stepping back in time when things were always so much nicer."
缺點： "Istanbul airport was very very busy and some places were not working very efficiently (security scan when you go from the plane to the transit lounge). The departure gate was overflowing in the waiting areas and the bus ride to the plane was very crowded. Aside from this Istanbul airport and the transit lounge were very pleasant."