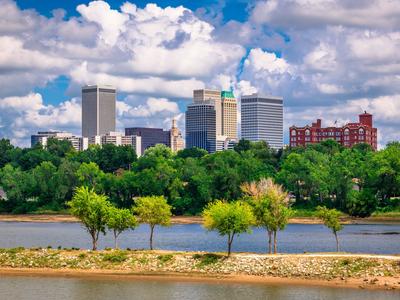 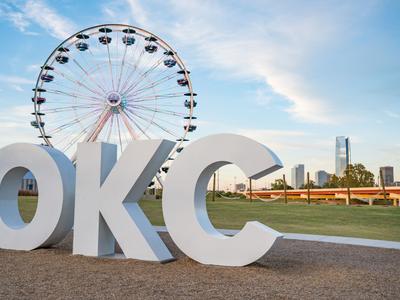 優點： "Everything"
缺點： "Nothing"

優點： "The crew was friendly."
缺點： "My reservations were messed up and I had to wait for another flight to my final destination."

缺點： "Due to flight delay I missed my connecting flight, was downgraded, didn’t get my meal and was late arriving."

優點： "There was those head rest flaps on my chair head rest. Checkin my luggage was seamless."
缺點： "Boarding process was bit disorganized."

優點： "Again, crew was very friendly. It's nice to be welcomed aboard. The male flight attendant found me a blanket after I requested it. Also I appreciate the free entertainment options on the WiFi."
缺點： "Ambient low lighting was pretty much non-existent in that old MD88."

優點： "The Crew on this flight was great and the flight was quick."
缺點： "The flight was delayed 3+ hours and Delta kept pushing the delay out further without giving any updates as to why it was so delayed, and when I inquired at the Delta desk at the gate the woman was very rude to me as she snipped that it was a mechanical issue."

優點： "Delta personnel at DTW knew they were overwhelmed and did everything they could to mitigate the problems."
缺點： "Delta should have had more than 3 staff on to check in 300 people."

優點： "Being in First Class"
缺點： "Heavier food selection would be appreciated."

優點： "On time departure/arrival despite weather in Atlanta. Always a fan of free messaging and choice of snacks."
缺點： "Delta needs to invest in their gate area at ORD. Understand it’s not a hub but it’s a key business/leisure destination. The MD-80s are ok for a short hop but over 1 hour unless you’re in Comfort+, it’s tight."

缺點： "Entertainment Poor. Not to many movie for 14 hours trip"

優點： "Was short and easy to get in and out of both airports"
缺點： "What ever happened to a free drink on international flights ?"

缺點： "Your company has the worst customer service ever! You ruined our family vacation and just have horrible policies I can’t believe it! Will never purchase anything off your website again! You suck!"

優點： "The plane was on time, the crew was friendly, no delays, landing was fine. In fact we actually made it a little before the time that we were scheduled. Since the flight was so short, I did not have any food."
缺點： "The seats were a little small."

缺點： "The crew appeared tired, scattered, and unhappy. The flight was delayed after boarding nearly 1hr while repairs were completed. 1st announcement by captains crew stated passengers could disembark during repair, then stated 10min later to take a seat. Very poor communication."

缺點： "could not check in on line as you did not give us the confirmation of the carrier we used which was not west jet the one you booked us through. You need to fix this problem for us to use you again"

優點： "Nothing worst flight I've ever had."
缺點： "Everything Delta was so poor quality!!! The flight attendants were not helpful."

優點： "Crew were courteous and overall everything was systematic."
缺點： "I had to pay for my single piece of luggage AND for alcoholic drinks. That doesn't feel right."

優點： "Flight attendant insisted to take my jacket. She didn’t return led. I forgot jacket in Cincinnati"
缺點： "I need my jacket"

優點： "NOTHING AT ALL!!!!"
缺點： "everything 1st of all i didnt like the fact that the stuff could act so unprofessional and very disrespectful and not knowing what type of info to give that made me lose my flight and at the end they all told me they couldnt help me to get my flight or anything not even try.."

優點： "Cheking was easy. Service was excellent. Flight was on time and got to New York 20 mins before time"

缺點： "The plane was about 10 minutes late departing (not too bad), but the Entertainment System was down for the flight, meaning that in addition to entertainment, the USB and outlet charging was not working and you couldn't see current flight status."

優點： "Comfortable flight, super crew, awesome non stop flight from Minneapolis. Could not ask for any better. Delta is the #1 airline."
缺點： "Nothing at all."

優點： "My luggage was lost. I reported it and they said that they would send it to Dallas where I was staying the next day. Got into a new country and city without my luggage. Had to buy clothes and toiletries at Walmart. The next morning I received I call to say my luggage had arrived. I went to the airport and indeed it had arrived and for some reason it was returned to Atlanta. After endless calls and conversations I got my luggage that evening. It was very inconveniencing. Worst experience of my life. Never again."
缺點： "Luggage issues Cleanliness of the plane The cabib crew"

優點： "The leg room was great, the blanket and pillow provided was great and the crew did not disturb me."

缺點： "You determined I would miss my connection when in fact I would land and have an hour. You rebooked us on a later flight. We made it in plenty of time and wouldnt even attempt to help. Your customer service is beyond reprehensible. With everything going on in the airline industry you would think airlines would at least attempt to please. The crew in the airplane was pleasant, that was a positive."

優點： "The crew was excellent"
缺點： "We decided to volunteer to take a different flight from our connection to New York because they were overbooked. When it came time to board the international flight, they screwed up our boarding passes and made us wait until the end to board. We were zone 1, priority boarding. The tv screens were very small and so glitchy I stopped watching my movie halfway through. The connector flight from philly to NYC was much more comfortable and had beautiful screens."

優點： "Delta crews are the best in the US, very competent and they know how to take care of you."
缺點： "Flight delays. And their lousy air miles program which has become very difficult to redeem for travel. Sky miles has become very terrible. Planning to switch my loyalty program"

優點： "Very friendly crew - clear communication & updates regarding delays."
缺點： "No tv, which is okay, but if you offer wifi to watch movies/shows on your phone, really need outlets to charge the phone! Or at least a few radio station to plug headphones into."

缺點： "I tried to get a seat and it was so hard, i couldn't do an online check in and once at the airport, no one could help me."

優點： "People crowd the boarding area like it was the last flight out of hell. Delta needs a saner way of doing business."

優點： "No delays"
缺點： "Plane was cramped, but the crew was very friendly."

缺點： "Seats don't have wings to rest your head on. The distance to the seat in front of me was of course way too small making it nearly impossible to use my computer."

優點： "The NYC based crew was young, exciting, and highly professional. I have avoided Delta for many years for long out-of-date reasons. I'm pleased to say that my experience on this flight has changed my perception. I won't avoid a Delta flight in the future."