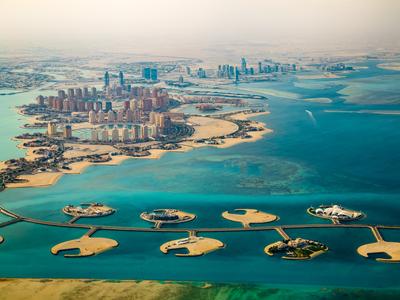 優點： "The service and food are always fantastic. The staff really goes out of their way to make you feel welcomed and comfortable. The ticket price was fantastic too!"

優點： "The crew was so friendly and very good"
缺點： "Arrived at istanbul airport (Atatürk) at 7am , transit 14 hours, then next flight at 9 pm , I asked tukish airline information if i can get hotel, thay answer in politely way thay cannot provide me a hotel room I flight too many times with another airways whenever i have more than 8 hours thay provide me a hotel"

優點： "Airplane was clean, well-stocked with blankets and pillows, good in-flight entertainment. Staff was friendly and the flight was not crowded which made for a more comfortable experience."
缺點： "Limited meal options for someone with food allergies."

優點： "Nothing"
缺點： "The seats in business class were not suitable for sleeping even though I paid top dollar and it was a 4:45am flight. They let a random person on the plane and had to do a full security sweep before taking off."

優點： "Seats and bathrooms were big"
缺點： "Service was extremely slow. I kept having to ask for more water all the time. Flight attendants were nice, but not well trained. Food quality was pretty poor, especially for international business class"

優點： "Crew were amazing. Warm approachable and professional. They tried several times to repair my screen. After these attempts they found me a different seat with a working screen."

優點： "We loved everything about our flight, plane was so quiet and service was amazing"

缺點： "Missed the connecting flight because of flight boarding delay on the original destination. The airline did not accommodate my non-English speaking parents for overnight."

優點： "I liked the food, it was delicious. The flight was on time, the boarding was organized."
缺點： "There was a steaward who was not very friendly whenever I asked for something which was a right he would make faces. He even passed my row and did not serce us and I had to ask the steawrd of the other aisle who was very friendly and nice. I was very desappointed by his behaviour. It was my first time on Turkish Airlines."

優點： "Dessert, food, entertainment."
缺點： "Seats were not too comfortable."

優點： "Crew is polite and professional."
缺點： "1. Limited legroom and space. 2. Would like additional cabin service for water etc. Also would like a non-dairy option for breakfast."

優點： "The crew was really polite and the food was amazing, my favorite part was the dessert!"

缺點： "Waiting 2.30 hr after boarding time and never got anything back from Turkish Airlines for wasting my time"

優點： "Loved the selection of movies. Airplane seats were comfy. Departure and connections were on time."
缺點： "Flight attendants were very slow to respond to requests and when an old passenger threw up, they didn't offer him help. They just sprayed the area and left the yuck instead of cleaning up immediately, despite my numerous requests. So you can imagine the smell."

缺點： "If they provided any food, I slept through it. But I think I would have woken up, do I don't think they did. It was an early morning flight and luckily I brought some breakfast, or I would not have eaten for several hours on my transfer flight to SFO."

優點： "Everyone was friendly and helpful, even though we are English speakers. Check-in was quick and efficient. Cabin crew was constantly in motion with food, drinks and refills. The temperature of the plane was perfect. The takeoff and landing was smooth. The food was good and there was plenty of it, even though it was a short flight."
缺點： "We liked everything."

優點： "Everything is excellent.They are the best in the area of service."
缺點： "There is no bad thing worth telling regarding turkish airlines flight."

優點： "Cabin crew was pleasant."
缺點： "Vegetarian meal was mediocre. Seats were extremely crowded. Person in middle seat was large, causing over-crowding because he required more than his seat. I didn't check out the entertainment, as I didn't know how to use the electronics."

優點： "Good service during the flight."
缺點： "The check-in and the boarding processes at Istambul were the worst I remember by far. Airline staff members were careless and even mocking about passengers."

優點： "Checking in personal Irem such a rude person who lies to clients. She lied me about checking bag and choosing sit also. I asked her to talk to her supervisor and she show me the girl sitting next to her was doing checking in also name is Bahar. I am 6'1" and 190 lbs and asked for exit row and they both told me all of them gone already. The thing is funny when I asked checking in was just began. After boarding I realized some exit sits are available. As a Turkish man who worked JFK for.Turkish airlines, I think this was awful experience. Turkish airlines and passengers deserve better service and honest employees"

優點： "Overall everything was good"

優點： "Great service."
缺點： "Too early to bored and they push you to rush."

優點： "Not much."
缺點： "Starting with the check-in process. It's the 21st century, people should be able to check in electronically. I was traveling with one other person. For whatever reason the seats were not next to eachother. Flying to Munich they were nice enough to look for seats next to eachother, to no avail. Not this time around. The check in line was horrendous, security was horrendous, and the gate process could not have been worse. The service was bad. Requests for water took 15+ minutes to be fulfilled. I also noticed there were not enough non-beef meals on the plane for those who requested with it. Then we landed and the nightmare...continued. Taxiing took 40 minutes. They brought us to three different gates before finally disembarking onto the Tarmac."

優點： "The food was very good; crew very nice. I'd recommend this airline."

缺點： "Food has room to improve."

優點： "I liked the food"
缺點： "Seats were very uncomfortable, the entertainment screen haven't changed since 2001 i guess; very bad quality, and it broke down at the middle of flight."

優點： "I like the accessories that came with coach... was not quite expecting that."
缺點： "There was a male flight attendant that was soo nice. Made me feel more comfortable."