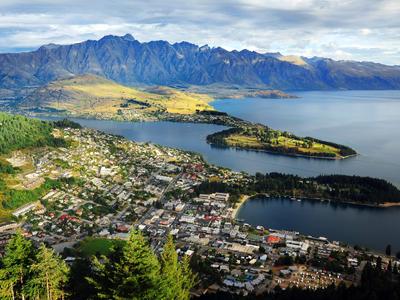 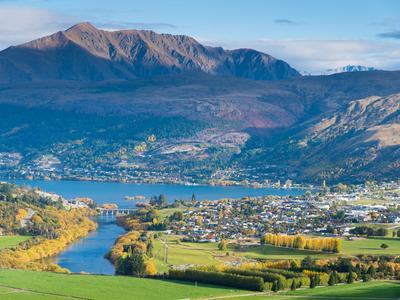 優點： "Great inflight entertainment"
缺點： "Have WiFi that is working"

優點： "The crew is usually really good."
缺點： "The ground staff at Frankfurt airport was not very good. Seemed slow lazy and difficult at times"

優點： "Best airline I've ever been on"

優點： "The crew were excellent"
缺點： "Seats and leg room not as comfortable as older plane. The entertainment system was confusing to use ( again older model) hence not as user friendly."

優點： "Crew was okay"
缺點： "Did not get the food I chose. Seats were not clean and clumsy"

優點： "I can say all the crew was amazing"
缺點： "They are doing excelent job."

優點： "The crew was terrific. Always smiling and helpful."
缺點： "If you need more space economy is a tight fit. It would be better to upgrade."

優點： "Great crew But... Many wild children, loud babies. I was in seat with extra leg room so I had no space for my purse & carry on and had to store in overhead bin. After take off, I retrieved my purse & carry on to get my glasses and purse. The flight attendant gave my bin space away to someone..."
缺點： "See above... Who didn't upgrade their seat. My items had to go into bin 3 rows back. Very inconvenient & very difficult to retrieve after landing. I will never pay the additional fee for extra leg room again."

優點： "This was the most comfortable business class mid haul flight I've ever taken."
缺點： "Absolutely nothing went wrong."

缺點： "Singapore airlines use their antique aged flights for services to chc.unconfortable and a poor in-flight entertainment system"

優點： "SIA service and food is always good. The flight went by quickly which is good."
缺點： "The entertainment system for the 777 did not have a touchscreen which I have been accustomed to on other SIA flights, but the main issue was the brightest setting for the screen was very dim. I think the screen is just old and not as bright as before."

缺點： "With no food preferences specified, it takes a significantly longer time to get your meal as there are a lot of people who have special dietary requirements on certain routes."

優點： "It's not the cheapest way to fly but it's a great way to cross the Atlantic. Seats are big enough for 2, really. Lay flat beds make the night crossing east tolerable. You really can get several hours sleep. The cabin crew is outstanding, patient, and extremely responsive to requests. Two meals served were excellent. Entertainment choices were complete. After a number of flights in Economy on other airlines I'm spoiled by Singapore Airlines and also by Business Class. And their fares seemed much less than others for the JFK to FRA route. Had no idea this level of luxury existed on an airplane."
缺點： "My seat assignment was moved without explanation on our return flight, FRA to JFK. That was disappointing. The gate folks were apologetic but no real explanation given."

優點： "All of services, food, Language, clean air even so beautiful ~~"
缺點： "So nice and beautiful wearing also food is very good"

優點： "Crew"
缺點： "Old plane. Worst food I’ve ever had on a Singapore airlines flight. They need to give up on the seafood spaghetti. It was quite awful. Old plane so entertainment system not up to what is expected these days"

優點： "Excellent crew services"
缺點： "Entertainment system is rather tired for today’s standard for first tier airlines, in particular the headphone jacks which may not work from wear & tear. It’s a hit & miss whether the sound works or not. Obviously mine didn’t on one side this time. Very frustrating if you are on a long flight and there’s nothing you can do if the flight is full."

優點： "The plane had decent leg room, the food was great, service was excellent. I have no complaints. Snacks were handed out pretty regularly which was great. In flight entertainment was good too. I'll definitely fly Singapore again, I liked it better than other Asian airlines."

優點： "Service was nice."
缺點： "Comparing to recent businesses class flight on Emirates; Singapore airlines seat does not recline to flat bed. Boarded flight st 11pm and arrived at Singapore at 7am. Toiletries like tooth brush and paste, razor etc. were not provided. Emirates provides, so we did not pack in-flight."

優點： "Boarding ok, timely departure. Food very good for plane food."
缺點： "Announced early landing but then doing circles without any update, we ended up being 30min late. Updates would have been good."

缺點： "My Vegan meal was terrible."

優點： "With 15 and 1/2 hours on the flight ahead, I was dreading the long, tedium of sitting for hours upon hours. But Singapore Airlines made the time fly with friendly service right when you were getting hungry and pleasant assistance when requested. Thank you Singapore Airline Flight Attendants!!"

缺點： "Long delay with in between flights. No special kits for kids to keep them entertained. Does not even serve drink when order special meal. Leaves the tray for hour before picking up. No transit help in hongkong. I can go on and on."

優點： "The comfortable with pillow & blanket given... Crews are friendly & approachable."
缺點： "The food is average taste... a bit salty :("

優點： "My partner had a bad leg and the staff were very attentive and helpful in making her as comfortable as possible with extra pillows and getting ice for her ice pack."
缺點： "The seats were uncomfortable and I couldn't sleep without getting a really stiff neck. The vegetarian oriental meal was bee hoon with vegetables but the amount of vegetables were a lot more than the bee hoon thus making the meal less than filling and satisfying."

優點： "Singapore crew are on their feet and working for the entire flight. Great service!"

優點： "Ice cream for snack? Heck YES. Variety of meals to choose from (i got hindu meal)"
缺點： "On the way to Korea, a stewardess keep taking my water away thinking i was done with it. It was very nice of her she tries to take trashes away, but it wasn't trash for me."

優點： "Everything in this flight is very good. Next traveling time I will consider this airline first!!"

優點： "Fast boarding"
缺點： "Hot cabin. Chairs makes so much movement when the back of the chair where the folding table is moving. Chair movememt of the seatmeat is felt in the same rows of seats."

優點： "Good seats, personal TV with movies and good shows. They gave us socks, blamkets, pillows headphones, etc."
缺點： "The crew was chronically rude to me. They would skip me when handing out beverages to everyone. I was lied to and passed down the beaurocracy over issues with my Stopover Holiday packages. They lost my bags. In Hong kong, I was told the designated smoking area in the terminal was close and the steward encouraged me to go...I almost missed the flight even though I didn't even make it to where she directed me. It was not close, she was a liar. They lost my bags. They kept calling me sir despite my corrections and obvious female anatomy. They had no remorse or apologies for their errors"

優點： "The staff was very friendly and helpful. I got plenty of meals and they easily accommodated my vegetarian diet!"

優點： "Did not enjoy the vegetarian menu -cold noodles not appealing. Alcoholic drinks very hard to obtain .. orders taken but not received. Service was friendly though"

優點： "Excellent service, food, in-flight entertainment (what choices!!), and the plane was very up to date as well. Made for a very very pleasant flight experience. Especially for how long the flight was (18 hours or so)"
缺點： "The get out and get back in halt at Hong Kong. Practically the entire flight had to do this, quite wasteful. Bad customer experience. Find a better way please! If Hong Kong makes you do that switch over to another airport, better yet make no halt. I have flown direct from SF to Singapore before so not sure why this halt."