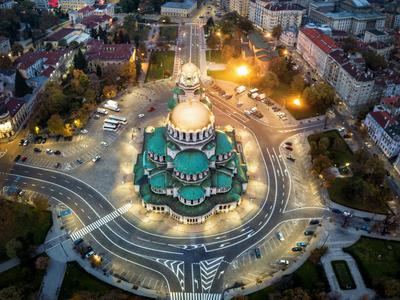 缺點： "I had difficulty checking online, because I didn’t have the right ticket number. By the time I contact you and get the right one all the windows seats or aisle seats in the airplane where taken. I had to go with middle seat which can be super tight and uncomfortable when you have two strangers on both of your sides for such a long flight. I wish they email me the right tiket number on time."

優點： "The only good thing was the food."
缺點： "The flight from Karachi to Turkey was two hours late and the flight from Turkey to Houston was again two hours late. The seat was super uncomfortable. The plane was very crowded. Turkish airways need to reduce their ticket prices because they provide poor services to their passengers."

優點： "Perfect was everything"
缺點： "Prices was high"

優點： "Nothing."
缺點： "I bought Turkish because I want to take 3 piece checked luggage. They charge 300 for 3rd piece luggage."

優點： "Food and service in business class were splendid."
缺點： "Absolutely nothing"

優點： "The food and service were pretty good. The entertainment was good, and the crew very helpful."
缺點： "The boarding process was terrible. We were checked out and processed 7 times! The questions we were asked were so ridiculous that at some point I started laughing. The official wanted to see my itinerary since I left the US, and all if the places I had visited! (That was a month after the start of my trip since I was on my way back from my vacation). The seats are made for people who are 5 feet tall and skinny. The airport was so busy that we had to Wait inside the plain for over an hour because there was (taxiing traffic) and could not get on the take off Lane."

缺點： "Boarding was delaeyd 5 hour's ,Very very bag experience, the trailer baby and car seat i waited more than an hour, together with more people, were not found"

優點： "All around quality Airline..."
缺點： "Redundant security checks, even at the gate area!"

優點： "Crew was friendly and helpful. Would choose Turkish Air again."
缺點： "Lost one of our suitcases. It was left in Istanbul and didn’t make it onto our connecting flight to Sofia."

優點： "Friendly and accommodating crew, surprisingly great food, and nice drink options."
缺點： "AC is on initially, then it gets really hot and uncomfortable after the first meal service. i asked a CA if she could help, but the temperature didn't change. This was the pattern for all 4 flights I took recently. Everything else was great though!"

缺點： "Turkish air had great service, food, entertainment and nice comfortable planes. Left on time and arrived on time. Two unrelated issues at Miami airport they didn't have a separate line for the people holding global entry and at the Istanbul airport no info desks to direct passenger to their connecting flight"

優點： "The flight crew was great. The ride was smooth"
缺點： "The food was ok....Not an option for vegetarian"

優點： "Crew member prepared simple pasta"
缺點： "Took real long before the meal was served and this was hard as the passenger was diabetic."

缺點： "1. Seat could have been more comfortable - didn't seem to maintain recline. NOT a problem on my outbound flight. 2. We departed 50 min late. 3. Length of flight 11 + 2 hours to make many connections to Europe."

優點： "Crew did a good job handling a stressful situation."
缺點： "Security process for boarding is a mess, with absurd redundancy and tiresome rechecking of passports an d boarding passes, inconsistent application of carry on rules and long waits. Then we boarded and sat for two hours. The aircraft should be checked out and ready to go before boarding. Then, in Chicago, it took almost 2 hours to get our luggage."

優點： "I am a business woman and my time is very valuable. I was supposed to fly on May 18,2017 with Turkish Airlines and my flight was rescheduled for May 19 without prior notice,call or a text message.I was driving to Miami on the 18 th just to find out my dilghtbwas cancelled.No one have me an option or asked me to reschedule.I had to fly on the 18 May and I picked this day for a reason.No one from Turkish airlines was present at the airport on the 18 May."

缺點： "Cramped economy seating, but usual for these days."

優點： "Cabin crew was pleasant."
缺點： "Vegetarian meal was mediocre. Seats were extremely crowded. Person in middle seat was large, causing over-crowding because he required more than his seat. I didn't check out the entertainment, as I didn't know how to use the electronics."

缺點： "I missed this flight also and tried to get a refund for it because the times were not good for me."

優點： "Even on short flights they still provided lunch and beverages, which unfortunately you don't get on such short flights (less than 60 min) with most companies. Still they maintain their service impeccable."

優點： "I really like the fact that they still prepare food for their passengers, however, the quality of the food was less than average They prepare you with the eye mask and the slippers, and a thin sheet of blankets for longer flight, which was really nice. The seats are comfortable, and there are a larger selection of movies and songs to choose from which were also great. The flight was relatively stable. I didn't ever realize that we took off, maybe i was too tired to notice, i don't know."
缺點： "The boarding was really slow, it was not on time. The food was less than average, but better than not have any. It was hard to find assistance. The flight seemed a bit old, because we weren't able to turn off our light which caused some inconvenience."

優點： "There was free movies to watch along with a travel bag."
缺點： "The food options were not good for vegetarians or vegans."

缺點： "This is the second time in a week Turkish Airlines are delaying my flight with no proper explanation on why this happened. Out of four flights, I had two delayed, and one was rescheduled half an hour ahead of time. Good thing I headed to the airport earlier. Turkish Airlines no more!!!"